Church of the Resurrection Project Spotlight 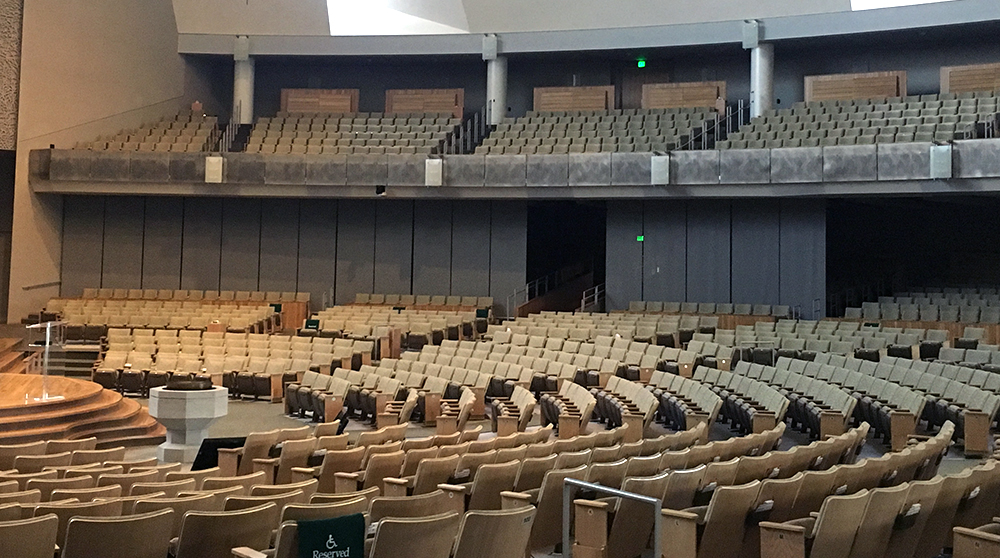 When the United Methodist Church of the Resurrection (COR) in Leawood, Kansas built their new facility, they wanted to add flexibility to their space. They host a number of sermons, performances and a multitude of other church-related events. Some of the more intimate gatherings seemed out of place in the large sanctuary.

To accomplish this, we installed motorized roller shades around the perimeter of the sanctuary, as well as at the main entrances. Typically, shades like these are placed at the exterior windows. Here, we installed them under the balcony, concealed into the ceiling. This allowed the church to lower them inside the room, hiding rows of unused pews at small events. Or, raise them for Sunday services. 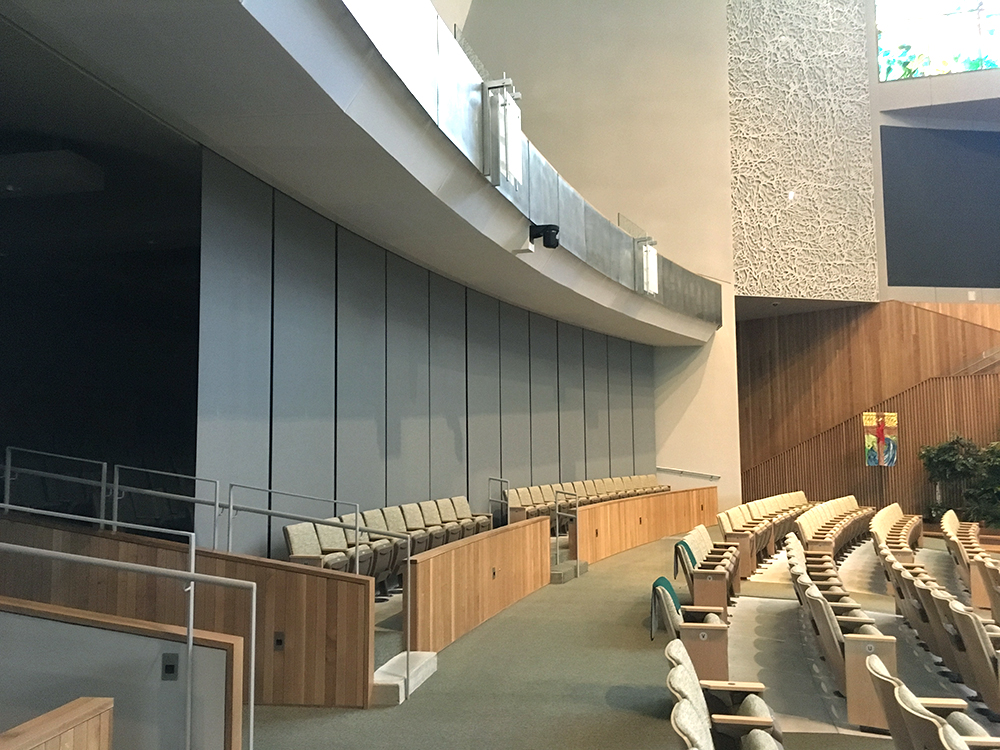 The shades were programmed to operate in different groups, so sections could be lowered or raised separately. COR wanted to be able to configure the room in numerous ways. Allowing each group to act on its own provided the greatest adaptability.

We worked with Faith Technologies and McCownGordon to install over 100 motorized shades. There were a number of details to consider, including motor locations, switching needs and layout as well as the fabric type. We also had to be sure they didn’t interfere with the cameras or other A/V equipment. To keep the entire team on the same page, we held numerous coordination meetings which helped the process go very smoothly.

The church opened for services at the beginning of April.